The World Of Arts For Everyone

Christmas characters have been around for multiple generations. While specific designs of characters have copyright protection, you do have the option to use public domain characters for your own personal designs and projects. When you order a custom bronze statue, you can choose a holiday theme and display the character year after year.

Check out some of the options that are ideal for custom bronze sculptures and how you can turn the characters into one-of-a-kind art pieces.

Despite some iconic depictions of Santa Claus through the years, the jolly man is free for the taking and that is why so many advertisements, movies, and television shows can use the character. When you plan out a Santa Claus statue, you want the picture to be a personal creation.

For example, you cannot just have a statue created from the likeness of the Coca-Cola Santa Claus. You could even dress up as Santa and have yourself turned into the statue design. Play around with options and create a statue that will stand out during the holiday season.

Also known as "Santa's Ninth Reindeer", several versions of Rudolph have been made over the years and the character itself is in the public domain. You can design a realistic reindeer with a glowing nose or seek out a cartoon version depicted in detailed bronze designs.

You could search for public domain photos of actual reindeer and base the statue design on those reindeer.

Charles Dickens' A Christmas Carol was published in the 1800s and all of the story elements and characters have been a part of the public domain for several decades now. This is why so many stories and movies have been based on the original novel. You can also use the characters to create a unique bronze statue.

One of the main options to consider is Ebeneezer Scrooge. Scrooge's old man design is very distinct, especially with the clothes you choose to put him in. Another statue option to consider is the ghosts that appear in the story. The unique details and features allow you to create a collection of bronze statues that really stand out.

If you're going for a darker side of the holiday season, then consider your own Krampus statue. Krampus is known in folklore as a demon character who punishes children who misbehave before Christmas. The character has been depicted in multiple ways, but typically has elongated limbs, sharp teeth, and horns on his head.

The statue could stand out on its own or be paired with another like Santa Claus.

With the holidays approaching, now is the perfect time to create a custom bronze statue of an iconic Christmas character. 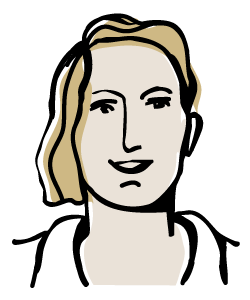 Hello, my name is Rebecca Martin and this blog is for people who have an interest in the arts. Several members of my family are artistic, so art has been an important part of my life ever since I was young. My favorite type of art is drawing and I draw in my spare time and in the evenings after work because it's very relaxing to me. Since my family members are all into different kinds of art including conceptual, mosaic and illustration, I've been exposed to various art forms throughout my lifetime. I chose to write a blog about the various types of arts so that others can also experience the world of art.